How does the Sustainable Small Harbors process work?

The Sustainable Small Harbors project isn’t about one-size-fits-all solutions. Instead, the project has yielded a process that empowers communities to conduct their own self-assessments, develop visions for what they want their community to look like in the future, and identify concrete steps to help those visions become reality.

Thanks to grant funding, the initial stage of the project provided highly interactive, public input-driven design events — typically valued at tens of thousands of dollars — at no direct cost to the communities. Though the process was ultimately tailored to fit the needs of each community, most followed the same format: 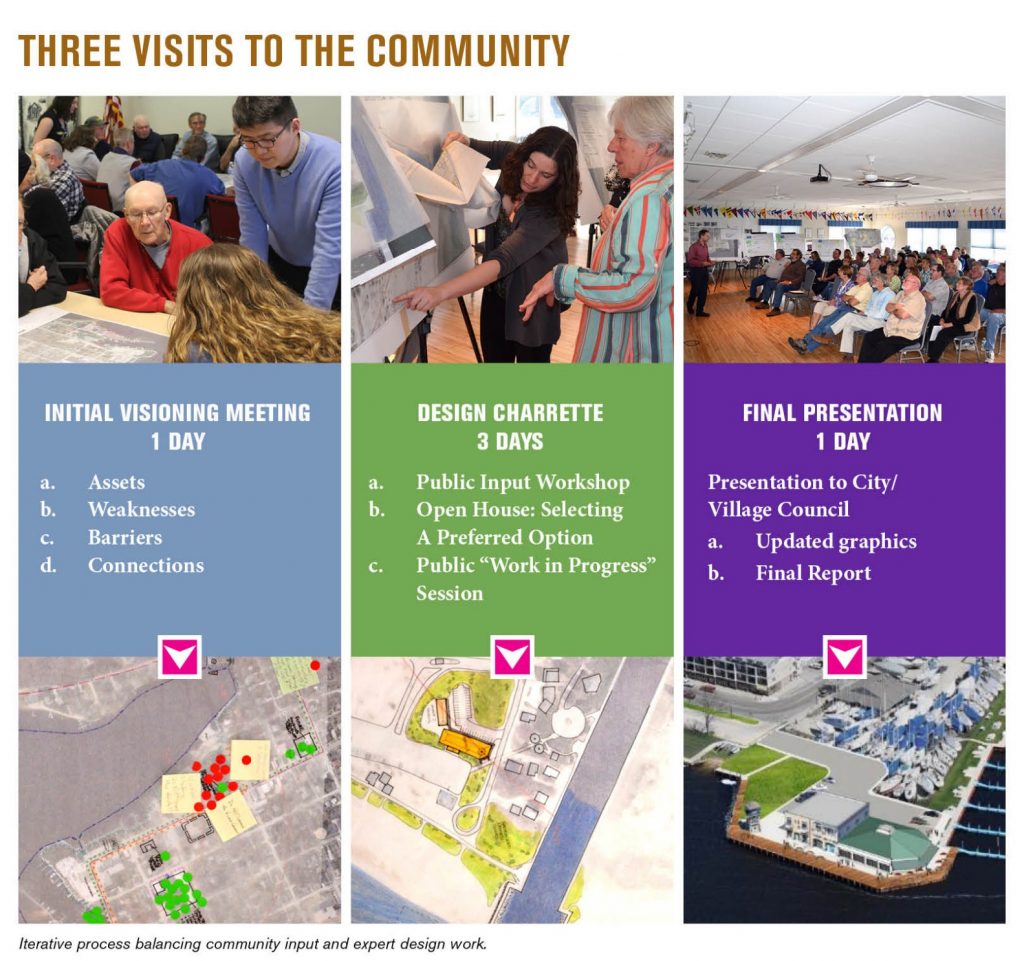 The term “charrette” comes up frequently in Sustainable Small Harbors materials. A design charrette is a brainstorming workshop that’s open to the public. Participants offer ideas for amenities or improvements that they feel would generate more waterfront activity, such as:

Charrettes conducted by the Sustainable Small Harbors project team usually spanned three days. The team used insights and feedback from community members to generate a series of hand-drawn and computer-generated design concepts for various components of the community’s waterfront. Members of the public then used colored dots to demonstrate their support for components of the design concepts. The concepts with the highest level of support were combined into a final design vision, which was presented to the community along with a final project report. Charrette reports and final projects can be found on the Communities page.

The project team hosted a webinar on May 8, 2017, to convey the project background, lessons learned, and plans for the future.