Winter bird-watching in the eastern Upper Peninsula is like an outdoor treasure hunt! 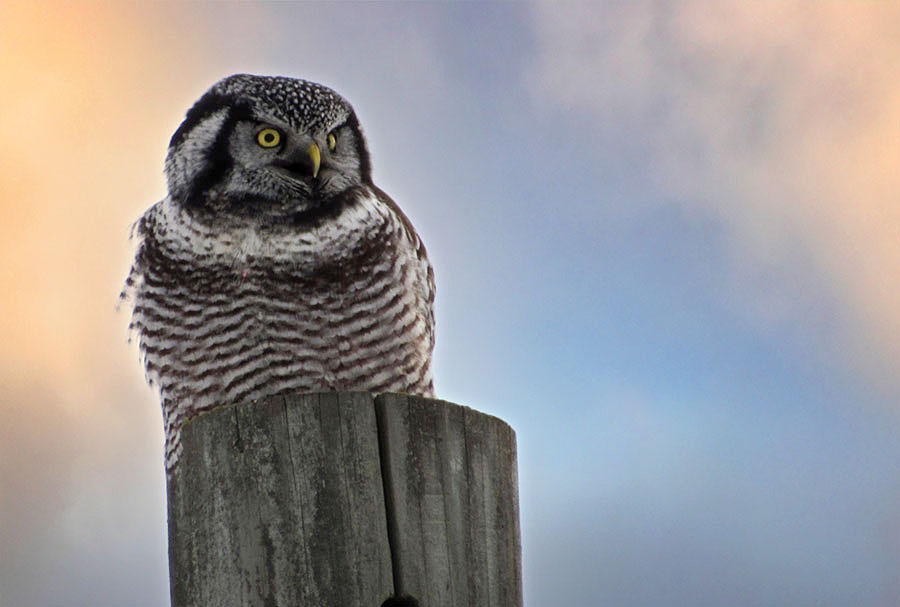 A Northern Hawk Owl searches for prey. This bird has been present for a couple of weeks near Sault Ste. Marie Dec ’21-Jan ‘22. Photo: Elliot Nelson | Michigan Sea Grant

Welcome to this new year’s edition of the Eastern UP Winter Birding Round Up! This is a summary of bird happenings in Chippewa County and the surrounding area gathered from my own birding adventures, personal conversations with local birders, Facebook, eBird, emails and more. Many local Christmas Bird Counts took place and December birding has been great! This report does not necessarily encompass everything that has been seen, but I do my best to make it as comprehensive as possible. Birding is both a personal interest of mine, and an area I work in on as an extension educator with Michigan Sea Grant and Michigan State University. Before you read the update, check out the EUP Winter Birding Map. This map will help orient you to the area and give you lots of good info for birding the area!

When it comes to winter birding in the Eastern UP, most birding is done via driving along various routes through habitat targeting specific species. You often drive slowly through back roads and pull over to get out to look and listen. If you stay in your car the whole time, you are likely to miss many individual birds. It’s a good idea to get out of the car regularly to scan (and listen) for birds. Some forested areas like Hulbert Bog and Dunbar Park are better to view by walking around outside your car, but most open areas are best viewed from the car with only brief scanning stops.

Please remember to be respectful of both the birds, private property, and the law. Follow traffic laws and park in areas where you do not block traffic. If you are birding near private property, make sure to be respectful and friendly and if a local resident questions what you are doing use the opportunity to explain the joys of birding. When encountering birds, keep a respectful distance. Especially with owls and other raptors keep a distance from them, or bird from your car which often acts as a blind. If a bird is looking at you, with wide eyes or changes posture, you are most likely too close. Slowly back away in those cases. To read more on birding ethics check out the American Birding Associations Code of Ethics page. These ethics guidelines serve as a great baseline for all birders to follow. 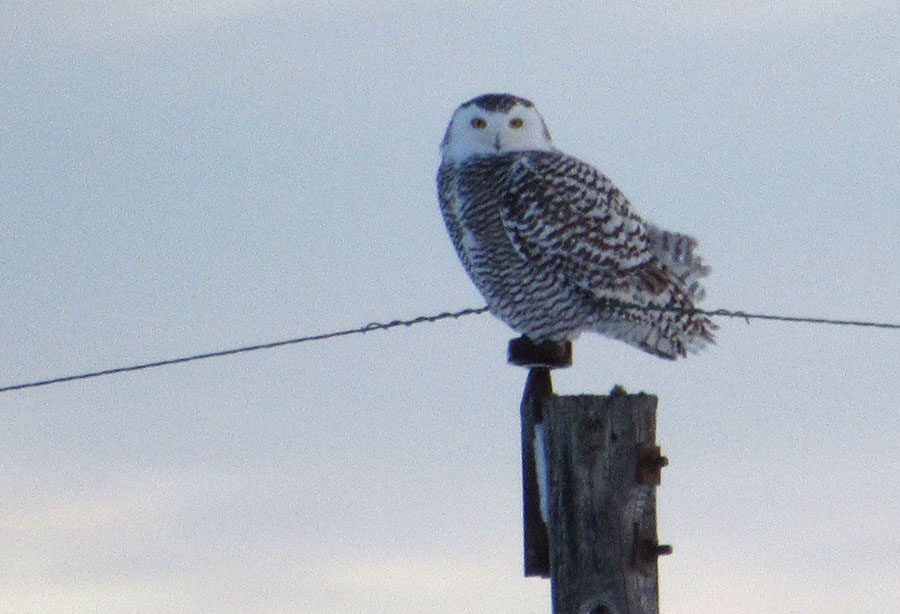 Owls and other raptors

The most prevalent raptor so far this winter has been the magnificent Rough-legged Hawk. Majestic Snowy Owls have been around in decent numbers too. An enigmatic yet cooperative  Northern Hawk Owl has been the start of the show the last few weeks. More details below.

Finch species are irregular migrants and tend to migrate based on food availability from cone crops and fruit trees. In some years they may stay north above the lower 48 States in Canada and Alaska for the whole winter. In other years they may migrate much further south than their typical range. This year has proven to be a good year for several finch species pushing much further south than normal. 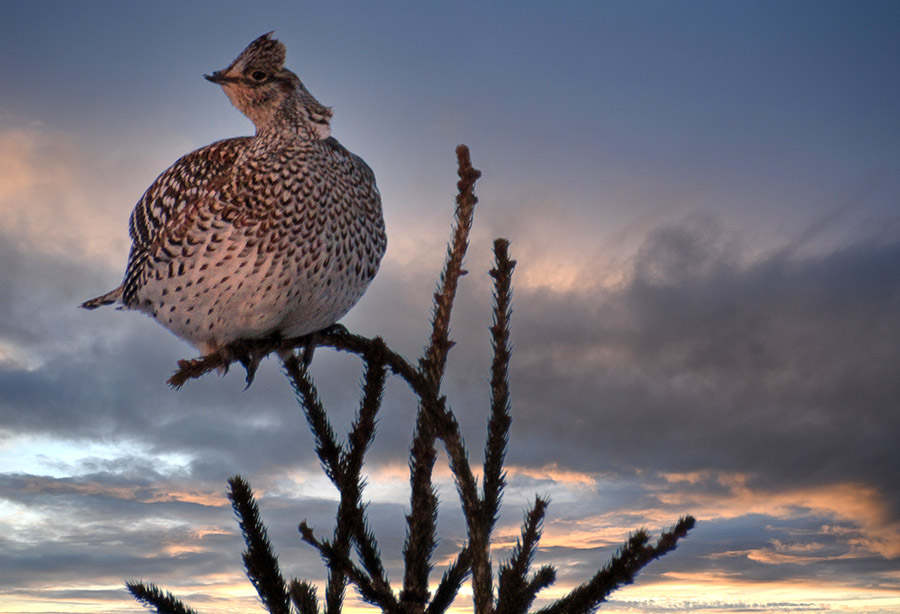 A Sharp-tailed Grouse sits atop a spruce tree in Pickford, Mich. These birds are found in only a small part of Michigan and are most common near Pickford, Rudyard and Sault Ste. Marie. Photo: Elliot Nelson | Michigan Sea Grant

The best place to view gulls is the Dafter Landfill. The landfill is open for gull viewing from 8:30a.m.- 4 p.m., Mon-Fri. You must check in at the office upon arrival by approaching the office. The landfill is under new ownership but the employees made sure to request access for birders and it is still being allowed. Make sure to thank the office attendant for advocating for all of us! You are no longer able to visit the active portion of the landfill at the top of the hill (this has been in effect since the pandemic started), however visitors are still allowed to observe gulls from the lower portion of the landfill. Gull numbers there have been strong this year.

The extremely mild temperatures throughout December had led to a lot of water still being open in the St. Marys River and the Great Lakes. However, the last few weeks have finally brought colder weather that has started to allow ice to form. With that said, MOST of the Straits of Mackinac in St Ignace, and SOME portions of the St. Marys River are still free of ice. Note ice conditions change daily and can change where and when waterfowl can be viewed.

Updates and sightings are always appreciated. Report them to eBird if you are so inclined, but always feel free to reach out to me directly as well. If you are planning a trip to the eastern U.P. and need any extra advice on lodging, food, or birding just give me a shout out via phone 906-322-0353, or email at elliotne@msu.edu.