How many stocked steelhead returning to Michigan rivers are still unmarked?

Anglers have been tracking catches of steelhead with and without fin clips. Most stocked steelhead in Michigan rivers now have an adipose fin clip, but some do not. 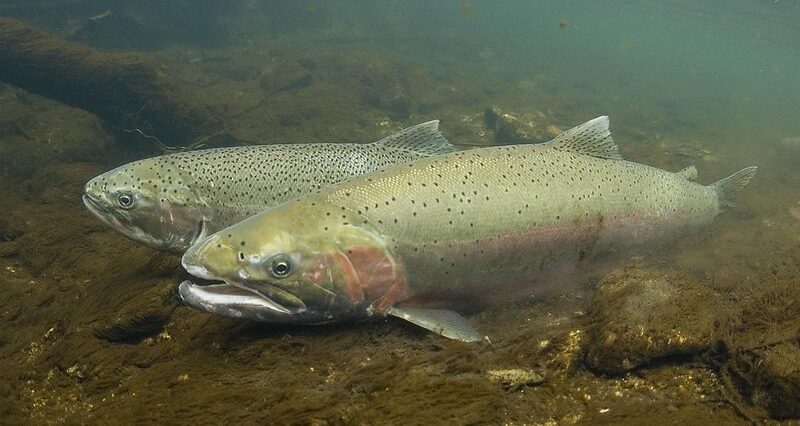 Since 2018, steelhead stocked in Michigan waters have been marked with an adipose fin clip as part of the Great Lakes Mass Marking Program. Due to the complex life history of steelhead, it can be difficult to interpret what the ratio of clipped to unclipped fish in your catch really means.

Stocked steelhead typically smolt (turn silver) at Age 1, migrating downstream to one of the Great Lakes to feed soon after they are stocked. Wild steelhead can spend one, two, or even three years in streams before smolting and leaving the stream to feed in a big lake environment. Growth is much slower in the stream environment, so biologists draw a distinction between “stream age” and “lake age” when interpreting how age influences the growth rate and size of steelhead.

For spring 2022, this means the majority of steelhead returning to Michigan streams will have an adipose fin clip if they were stocked. According to Jory Jonas and Ben Turschak, research biologists with Michigan Department of Natural Resources, 24.3% of mature steelhead harvested in Lake Michigan were old enough to be unmarked in summer 2021. Recent models also estimate that 11.4% of steelhead harvested in summer 2022 will be old enough to be unmarked if they were stocked. 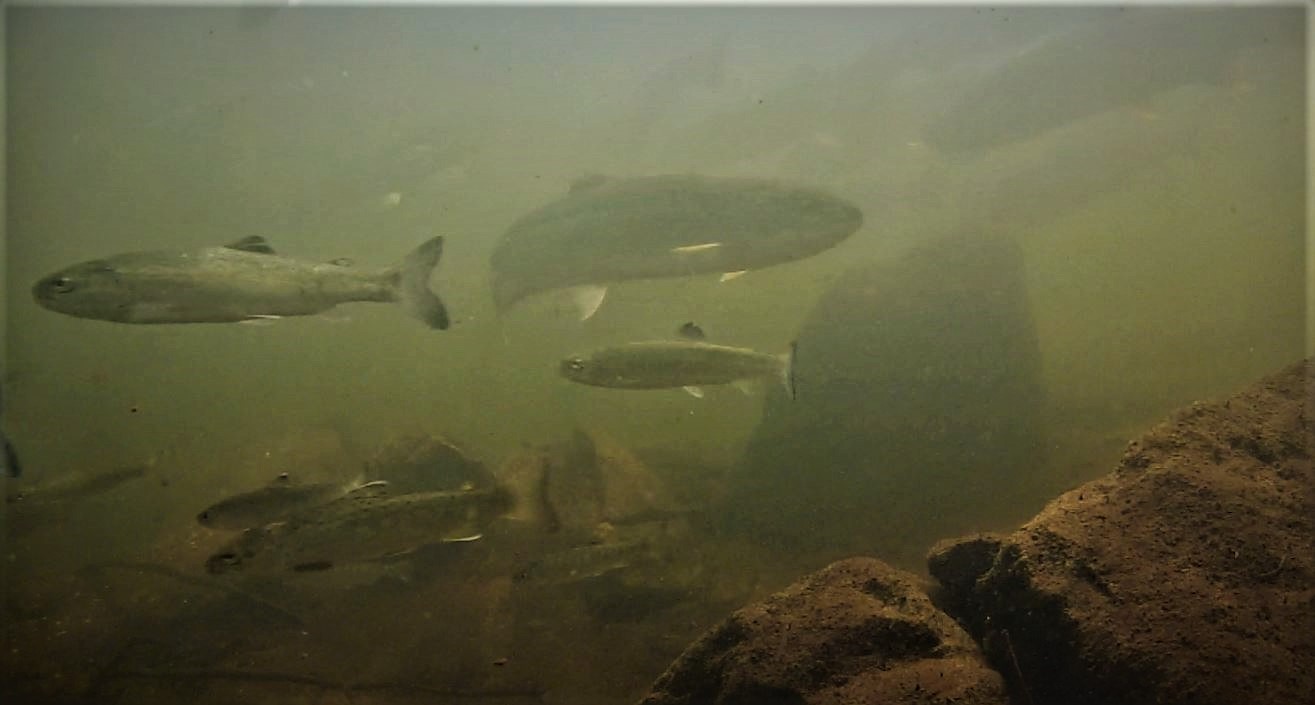 Adult steelhead school behind smaller brown trout and wild steelhead smolts on the Little Manistee River, a coldwater stream that serves as the source of most steelhead stocked in Michigan.

We do not have detailed information on harvest in rivers, but we can assume that the breakdown of river fish ages will be similar to that of mature fish in Lake Michigan. Since mortality occurs both as a result of fishing and the stress of spawning over the course of the steelhead run, estimated proportions from the previous summer and next summer can be used as high and low estimates for streams, respectively.

What this means about the steelhead you catch

How you can get involved

Michigan Sea Grant launched the Michigan River Steelhead Project in 2020 to allow steelhead anglers to report their catches online. By recording fin clips and lengths for every steelhead you catch, you can help biologists learn more about how natural reproduction and stocking contribute to fishing success in rivers around Michigan.

It is not too late to sign up online and record data for trips taken from now to the end of the spring run. Catches can be recorded using the Great Lakes Angler Diary website or apps for iOS and Android.  A new dashboard feature allows you to quickly calculate %Clipped, catch rate, and the average size of fish you catch, so don’t forget to update your app if you are already participating!

Fishery professionals with Michigan DNR and other agencies regularly participate in Zoom meetings to share updates with anglers as part of this project. You can register online for our next meeting, which is scheduled for Wednesday, May 25 from 7 p.m.-8:30 p.m. The online meeting will also include fishing reports from teams around the state.