Catching Great Lakes fish can be quite a challenge, and the challenge doesn’t end when the fish is in the net. Some species of salmon and trout can be very difficult to distinguish from one another. This is particularly true for adult fish before they develop spawning coloration.

The same characteristics are expanded upon in this YouTube video, which also features photos of individual fish, showing the range of variation in each species.

In most Great Lakes waters, the only species with light markings on a dark background is the native lake trout, which is a member of the char genus (Salvelinus). In coastal areas of Lake Superior, the native coaster brook trout (another native char) also has light markings on a dark background, but it does not have the deeply forked tail of a lake trout.

Beyond this, things get more complicated. When fishing on the Great Lakes, anglers can catch six additional non-native salmon and trout species with silvery coloration and dark markings. These include four Pacific salmon (genus Oncorhynchus) and two Atlantic species in the genus Salmo. 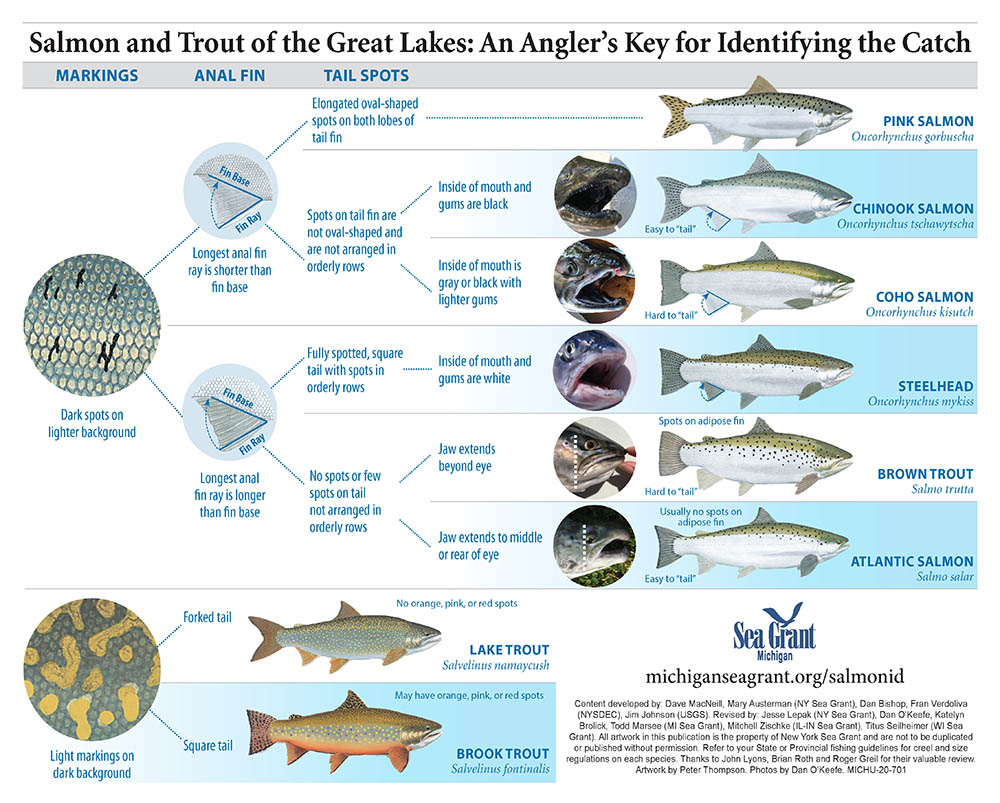 This one-page ID factsheet will give you a quick overview of what characteristics to look for.

This brochure provides a comprehensive guide to identifying all species and a variety of life stages including parr, smolt, lake phase, and spawning phase adult. A printed version is available on the Michigan Sea Grant bookstore.