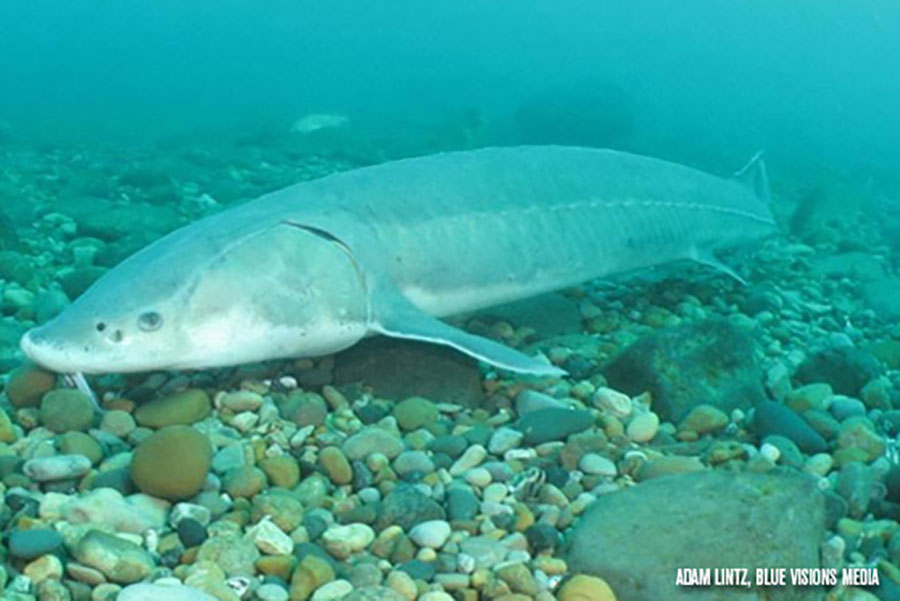 Lake sturgeon are nearshore fish that live at water depths of 15-30 feet. They feed along lake bottoms, eating a variety of small animals including snails, crustaceans, aquatic insects, mussels, and small fish. Most lake sturgeon caught today weigh between 30-100 pounds and grow to 3-6 feet in length.

In early spring, adult sturgeon enter fast-flowing rivers to spawn. Female lake sturgeon spawn once every four years, each depositing million of eggs on gravel bars. It is estimated that only about 10-20 percent of adult lake sturgeon within a population spawn during a given year. 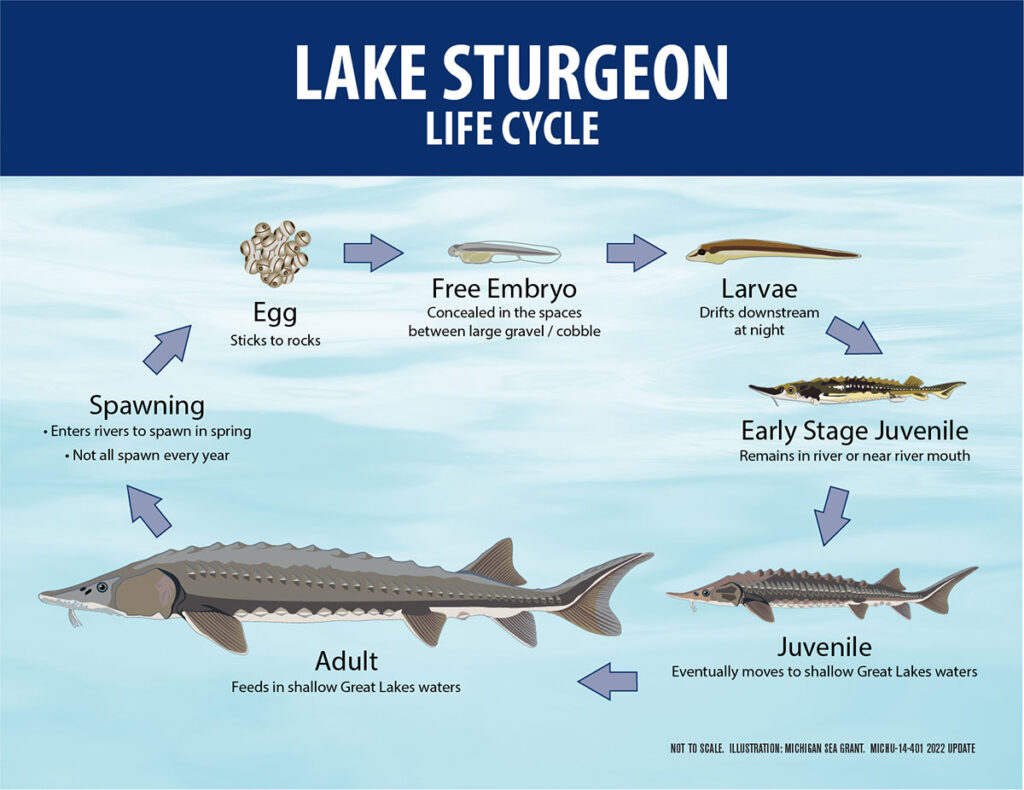 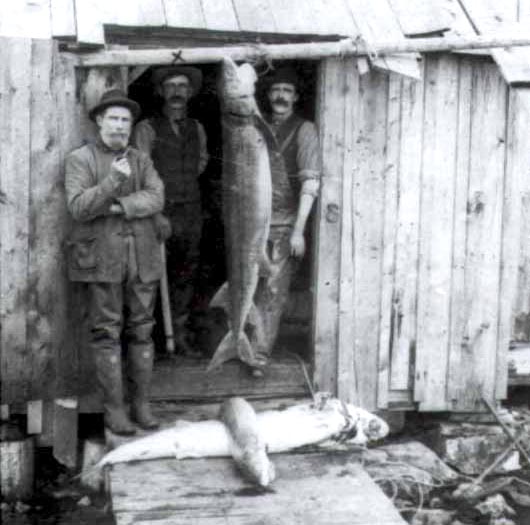 Human use and misuse

Lake sturgeon were historically abundant in all of the Great Lakes. They served as an important food source for many Native American tribes. When European settlers arrived in the region, sturgeon were so numerous during the spring spawning run that they were reportedly capable of capsizing fishing boats.

Early commercial fishermen scorned sturgeon as nuisance fish that destroyed their gill nets. A single thrashing sturgeon could tangle an entire net, reducing opportunities to catch valuable lake whitefish or lake trout. People began to catch the less desirable sturgeon and destroy them in large numbers. They burned huge piles of sturgeon along the shores of the Detroit River. The oily sturgeon carcasses provided fuel for passing steam ships.

By the mid 1800s, people had found profitable uses for sturgeon. They harvested sturgeon for their meat as well as their eggs, which were made into a flavorful delicacy similar to caviar. Sturgeon swim bladders were processed to produce isinglass, a type of gelatin used in making beer and wine. Lake sturgeon became a commercially valuable resource that was soon overharvested. In 1880, more than 4 million pounds of sturgeon were processed in Michigan, taken from Lake Huron and Lake St. Clair. By 1928, the total sturgeon harvest from all the Great Lakes fell to less than 2,000 pounds.

In addition to commercial fishing, the remaining sturgeon population faced a growing number of threats. Newly constructed dams blocked access to river spawning habitat. Other spawning locations were destroyed by sedimentation from farming and logging and increased industrial pollution. These changes, combined with the sturgeon’s slow growth, led to its dramatic decline. The current lake sturgeon population is estimated to be 1 percent of its historical abundance in Michigan. 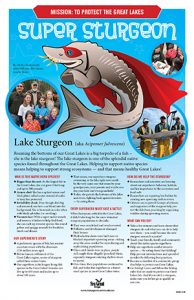