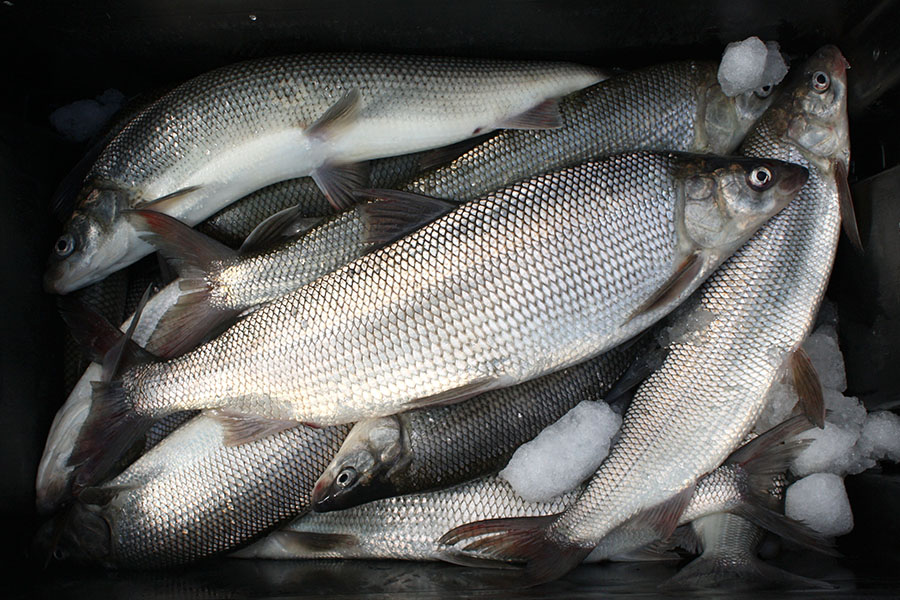 Lake whitefish are a benthic coolwater fish that feed primarily on Diporeia, some small fish, and fish eggs. Whitefish spawn in November and December, usually in the shallows. As the water temperatures rise, lake whitefish school up in the dark, cool depths of the Great Lakes, sometimes retreating as deep as 200 feet.

Not as flashy or revered as their salmon and trout cousins, whitefish are characterized by a small head with a blunt snout overhanging the lower jaw. Older fish often develop a fleshy bump at the shoulders, which makes the small head look even smaller. 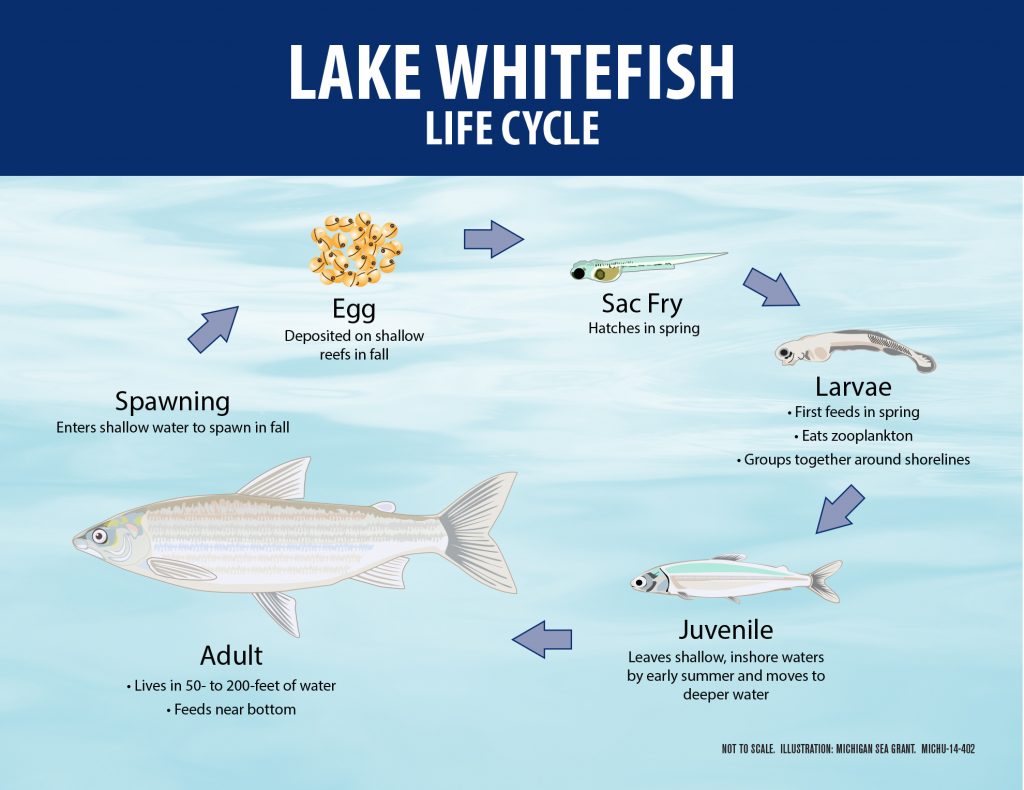 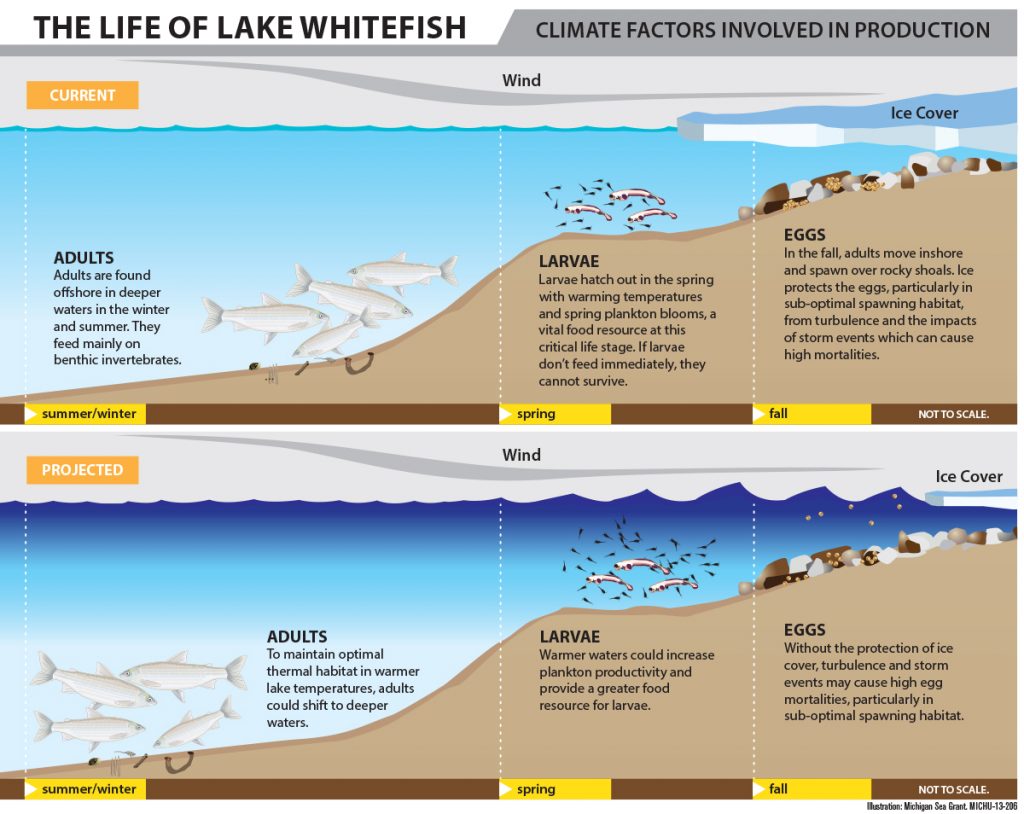 The humble, silvery-brown fish has quietly sustained people in the Great Lakes for thousands of years — and continues to. Early Native Americans would make a powder of smoked Great Lakes Whitefish for use in stew, soups, and fish pies; they would also mix the powder with fresh blueberries. The Ojibwe word for Great Lakes whitefish is Atikamig.

Early explorers were introduced to the whitefish and lauded it as a great food source. Antoine de la Mothe Cadillac wrote, circa 1695: “Moreover, better fish can not be eaten, and they are bathed and nourished in the purest water, the clearest and the most pellucid you could see anywhere. That is the most delicate fish of the lakes.” (quote from The Indians of the Western Great Lakes 1615-1760 by Vernon Kinietz, University of Michigan Press, 1940).

Whitefish generate the greatest income for Great Lakes commercial fisheries in the United States and Canada. Commercial fishing, for the most part, is carried out by means of trapnets and gillnets set during the open water season.

The average-sized whitefish in the commercial catch measure 17-22 inches in length and weigh 1.5-4 pounds. The largest individual on record was more than 42 pounds and was harvested from Lake Superior in 1918.

While not typically noted as a game fish, in recent years the lake whitefish has been the object of an active sport fishery in many parts of its range. Anglers catch it on a small hook usually baited with a fish egg.

Michigan Sea Grant has worked with the commercial whitefish fisheries throughout the Great Lakes to help promote the native species. To learn more about these marketing efforts, see the February 2009 edition of Michigan Sea Grant’s Upwellings newsletter.

Just as it was in the early days, lake whitefish is excellent to eat. It has a sweet, light flavor that many who “don’t like fish” can appreciate. Its mildness suits a variety of dishes, while it also adapts to almost any method of cooking. Great Lakes whitefish contains more omega-3 fatty acids than pink and sockeye salmon. Common whitefish products include fresh fillets, smoked fillets, frozen fillets, fish cakes, dips and spreads, and sausages.

While whitefish stocks remain plentiful in certain parts of the Great Lakes, they have disappeared from other areas within their native range. However, habitat restoration initiatives seem to have encouraged spawning. For example, in 2006, researchers discovered spawning lake whitefish and fertilized whitefish eggs in the Detroit River following the installation of several fish spawning reefs and decades of pollution prevention and remediation. The eggs they found were the first documented evidence of a lake whitefish spawn in the Detroit River since 1916.