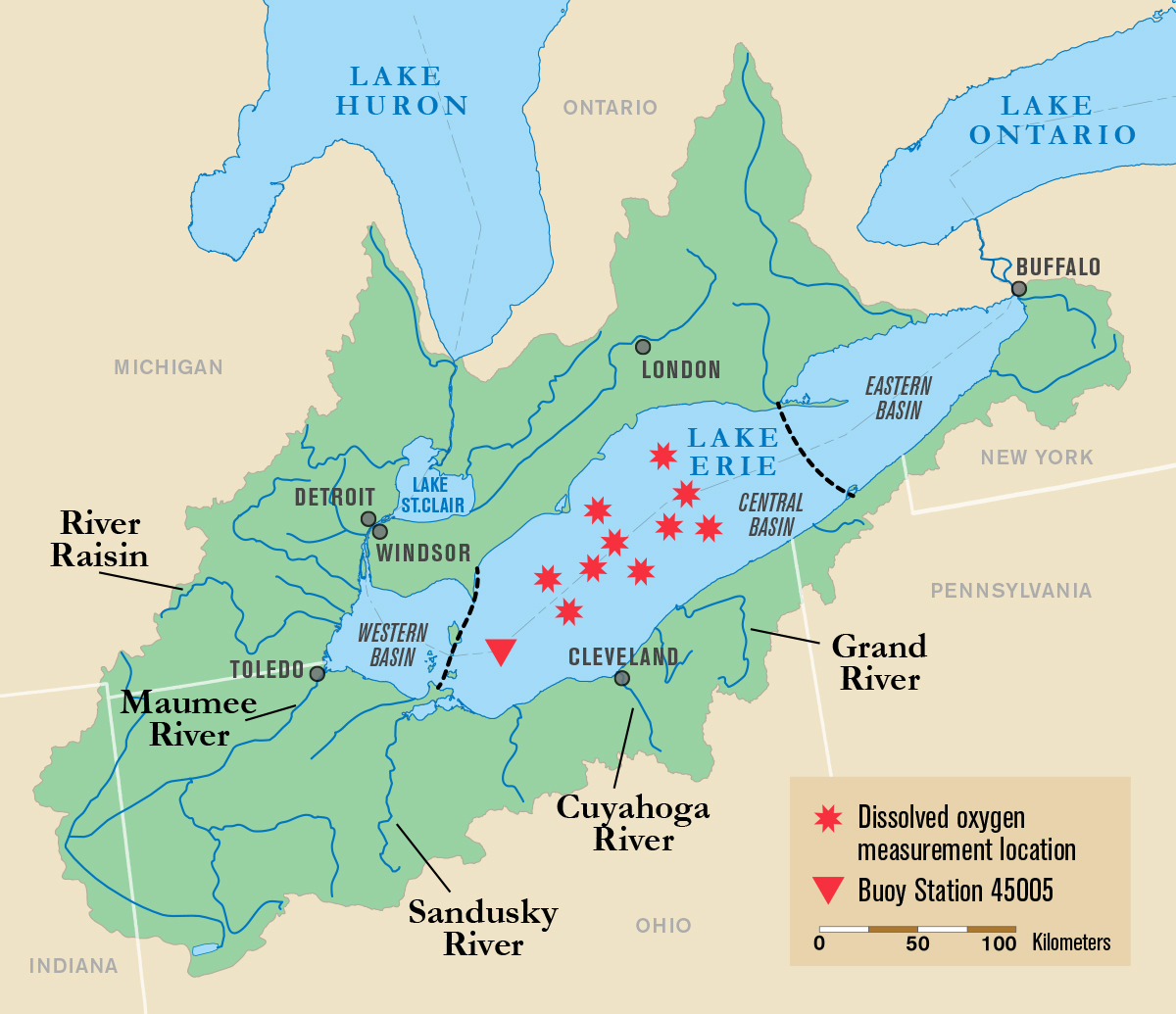 A recently published article concludes that climate and weather conditions, specifically low water flow and northwesterly winds, are keys in the development of hypoxia or the “dead zone” in Lake Erie. A collaborative research team, supported by the National Science Foundation, analyzed 28 years of data to find factors contributing to Lake Erie hypoxia. The article will appear in the journal Environmental Science and Technology.

University of Michigan Researcher Dmitry Beletsky, with the Cooperative Institute of Limnology and Ecosystems Research (CILER), contributed to the research. Beletsky examined Lake Erie water circulation patterns and found that nutrient-rich water with soluble reactive phosphorus was transported from tributaries such as the Maumee and Sandusky rivers to the central basin of Lake Erie. In certain years, such as 2010, nutrients spread quickly due to more intense water circulation in the summer and fall. Beletsky’s research also indicated that northwesterly winds in June resulted in more nutrients entering the central basin.

Beletsky is part of a team of scientists, led by Anna Michalak, supported by the National Science Foundation Water Sustainability and Climate Program, under Grant No. 1039043, 1313897, and 0644648.