To stock or not to stock

The tiger musky is king of its domain. This one was filmed in a private lake in Mason County, Michigan. Photo: Dan O’Keefe | Michigan Sea Grant 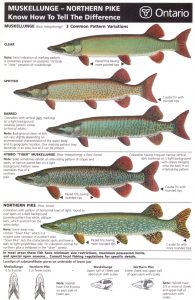 The tiger musky is a toothy predator that is rarely found in Michigan waters. Pond owners may like the idea of stocking this striking fish, but small ponds do not provide the right food for large tigers.

Northern pike and muskellunge are two of the most impressive fish species found in Michigan waters. What do you get when you cross the two? The result is an equally impressive tiger-striped hybrid known at the tiger musky (See guide to the right, to learn how to tell the hybrid from parent species).

Like its parents, the tiger musky is equipped with extremely sharp teeth. These teeth are used to grab and hold other fish. Unlike sharks or piranhas, the tiger musky cannot bite chunks of flesh out of its prey. This means that it must swallow prey fish whole.

This limits the size of prey that tiger musky can consume. Fisheries biologists call this gape limitation because the gape of the tiger musky’s mouth determines the size of the fish it can swallow. Since prey fish are typically swallowed head first, the depth of a prey fish’s body can save it from being swallowed.

The tiger musky (along with their parent species) generally prefers to hunt prey species that are easy to catch, manipulate into a head-first position, and swallow. Deep-bodied fish with spiny fins are low on the menu, while torpedo-shaped fish with soft fins are a hit.

This means that bluegill and other sunfish are not ideal food for the tiger musky, and lakes dominated by sunfish typically produce slow-growing tiger musky. Yellow perch are slightly better, but large soft-finned fish like suckers, gizzard shad, and ciscoes are the best.

Before 1992, tiger muskies were stocked in many public waters by the Michigan DNR. This provided a trophy fishery in several inland lakes with sufficient prey fish, but because tiger muskies are hybrids they are typically sterile.

Use in pond and lake management

A pond management bulletin from Michigan State University Extension does not recommend stocking northern pike or muskellunge in ponds. Many ponds develop populations of stunted bluegill, and adding more predators can help – provided that the right predator species is added. Pike, musky, and tiger musky tend to avoid eating bluegill when possible and may eat other predators like largemouth bass if perch, suckers, shad, or other soft-finned fish are not available.

In simple pond ecosystems largemouth bass are often used to control bluegill populations and prevent stunting, but pike, musky, and tiger musky can upset this balance by eating bass in situations where large soft-finned forage fish are not available. With fewer bass in the system, ponds can actually experience more problems with bluegill stunting after the addition of pike, musky, or tiger musky.

Most small ponds have very simple fish communities with few species present, but owners of private lakes may consider stocking tiger muskies at very low density – particularly if soft-finned prey fish are abundant. Various publications suggest that lakes can support one adult tiger musky for every 2 to 5 surface acres.

In small lakes, tiger muskies are a better choice than northern pike which could reproduce and develop a stunted population. Since tiger muskies are sterile it is relatively easy to remove them from a lake over time through harvest of adult fish and cessation of stocking. 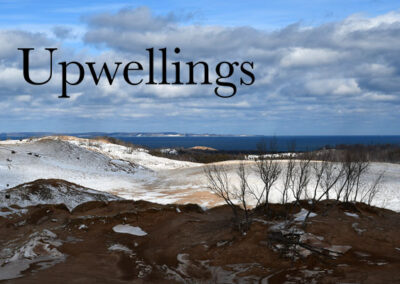