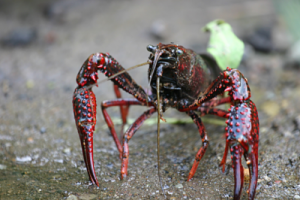 Second only to habitat destruction, invasive species are a threat to Michigan’s native diversity, leaving their mark on nearly all of the state’s natural communities. Invasive species are literally found everywhere in Michigan. They are present throughout our waterways, along roadside ditches, in forests and natural areas, in rural, urban and suburban environments. Many of our invasive species are moved around by humans.

The Michigan Department of Natural Resources (MDNR) defines invasive species as non-native, rapidly reproducing species which threaten the integrity of natural areas. Once established in an area, they can have devastating effects. They often out-compete native species for limited resources including food and habitat, alter and damage existing habitat, displace native species, and in some cases prey directly upon native species. Invasive species have been identified as serious threats to global and local biodiversity.

According to the Weed Science Society of America (WSSA), it has been estimated the damage caused by invasive plants alone costs the U.S. an estimated $34.7 billion a year. Despite the profound impacts of invasive species, WSSA believes the key to being able to manage invasives and prevent their spread is awareness.

February 27 to March 3, 2017, is National Invasive Species Awareness Week and the goal is to draw attention to invasive species and what individuals can do to stop the spread and introduction of them. The program’s website lists several events around the country related to invasive species, including meetings in Washington, D.C.

To help bring local awareness to invasive species, Michigan State University Extension  and Michigan Sea Grant will feature an article on a terrestrial or aquatic invasive species each day that have invaded, or pose a potential threat to invade Michigan’s environment.

Additional information about invasive species can be found at the Extension website.