How can cisco restoration efforts be tailored to fit the needs of Lake Michigan stakeholder groups? 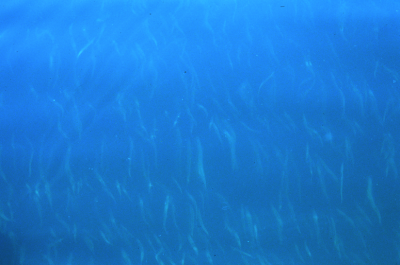 Cisco, or lake herring, were once abundant fish in the Great Lakes that provided both a commercial fishery and served as forage fish. In recent years the most abundant populations of cisco now only exist in Lake Superior and northern Lake Huron. In Lake Michigan, there is a small remnant population of cisco in the northern part of the lake. When cisco disappeared the predominant forage fish that took its place was the non-native alewife.

The alewife supported the salmon fishery in the Great Lakes but had negative qualities such as high levels of thiaminase which interferes with reproduction of trout and salmon. The alewife also is a predator on many of our native larval fish and thus affects recruitment of species such as lake trout and walleye. The cisco, which is a native species, does not share these negative attributes of the alewife.

In recent years the alewife population has declined in lakes Huron and Michigan which has led to a window where the native cisco might recover in areas where there are remnant populations or be reintroduced into areas where it no longer exists. Many stakeholders have promoted the reintroduction of cisco. Though many stakeholder groups are interested in restoring cisco, they disagree on the best approach. Some advocate helping remnant populations recover, while others recommend stocking Lake Michigan with young cisco from Lake Michigan’s remnant population or from elsewhere in the Great Lakes region. Michigan Sea Grant has an integrated assessment project underway on Cisco Restoration in Lake Michigan (PDF). During an integrated assessment project researchers work closely with stakeholders to examine an issue from many perspectives, identify challenges, and evaluate feasible solutions.

If stocking of cisco is to occur some issues that need to be resolved are the development of hatchery facilities that can produce large numbers of cisco and the genetic lines that should be used in this rehabilitation effort. Restoration through hatchery production can result in loss of genetic variability because eggs and milt often are taken from a relatively small number of individuals that may not be a good representation of the gene pool of the entire population. Ecological conditions in the lakes have changed drastically and there is concern whether cisco could survive once stocked.

As part of the Michigan Sea Grant project a research team led by Sara Alderstein, an associate research scientist at the University of Michigan, will use existing data and guided workshops and discussions to help stakeholders create a path for cisco restoration in Lake Michigan. Michigan Sea Grant Extension recently presented information on this project at the Lake Michigan Technical Committee meeting and at the Annual Michigan Fish Producers Association Conference. A workshop is planned this summer during the Lake Michigan Technical Committee. Through the workshops, the project team will provide a framework for helping managers and the fishing community advance a preferred option for Lake Michigan cisco restoration.

Life of the Straits 2020 – A Virtual Program