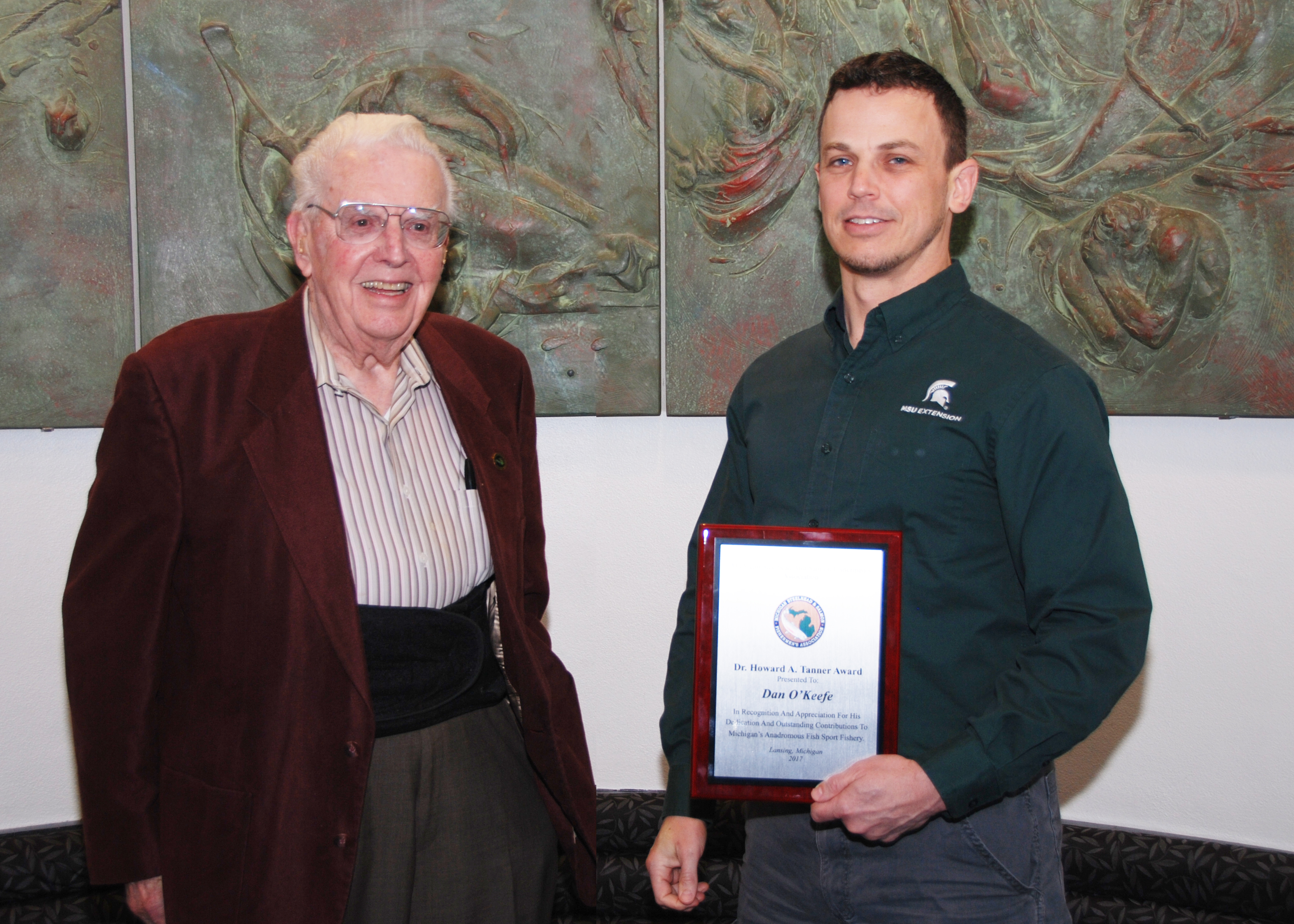 “Dan O’Keefe believes education is a critical component of natural resource management and the importance of knowledge in making sound decisions has been the cornerstone of his contributions to our anadromous sport fishery,” said Dennis Eade, Michigan Steelheaders executive director.

O’Keefe, a Michigan State University Extension educator who serves seven counties along the coast of Lake Michigan, graduated from MSU with a bachelor’s of science degree in Fisheries and Wildlife. He received his master’s in biology at Central Michigan University and his doctorate in Wildlife and Fisheries from Mississippi State University. He has been with Michigan Sea Grant for nine years.

O’Keefe has developed many education and outreach programs, including:

“Dr. Howard Tanner is an icon in the fisheries world and I’m honored to be receiving an award named after him,” O’Keefe said. “It’s important to me that citizens receive the best available scientific information and get involved in Great Lakes fisheries management.”