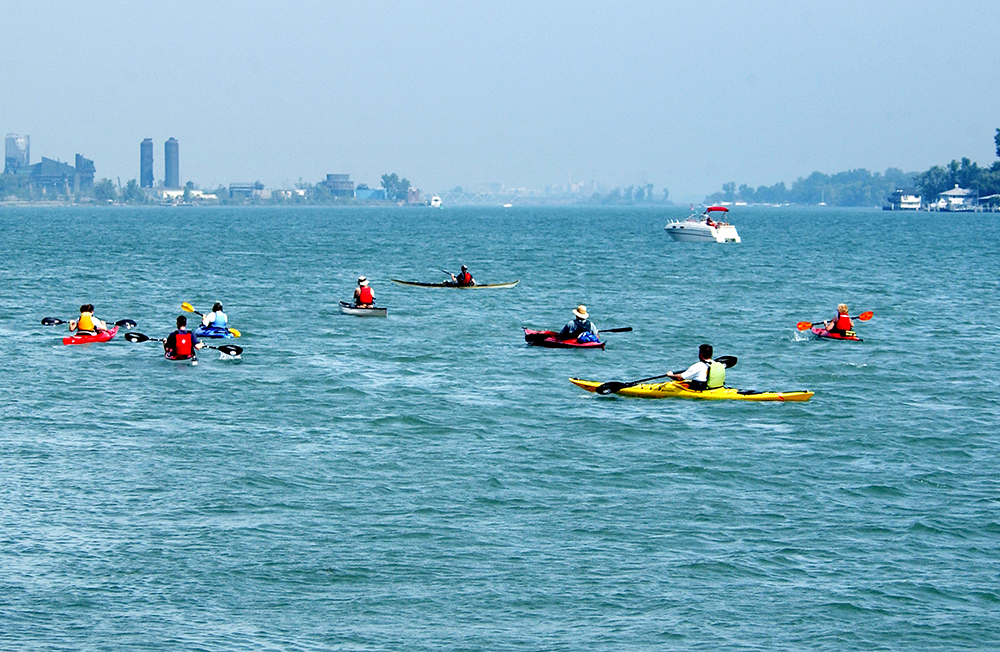 Kayak event on the Detroit River

Reporting to Canadian Customs no longer necessary under certain conditions.

Things are about to get easier for American boaters and anglers who venture into Canadian waters thanks to a new border enforcement law stemming from a bill drafted by Canadian Sen. Bob Runciman and recently signed by Governor General David Johnston. The House version was authored by House of Commons member Gordon Brown.

Prior to passage of the new law, American boaters and anglers were required to call Canadian Customs at (888) 226-7277 to check-in with their passport number, boat registration and express their intentions for entering Canadian waters and how long they anticipated being there.

“The reporting requirements were overly rigid, they were out of step with those facing Canadians who enter U.S. waters and they were hurting the economy of tourism-dependent border regions. And they didn’t do anything to enhance border security,” said Sen. Bob Runciman when asked why the rule change was important.

Although the new law makes it easier to boat and fish in Canadian waters, remember that valid fishing licenses are always required when fishing in U.S. and Canadian waters.