U.S., Canada have each preserved lakeshores and parks of these beautiful natural resources. 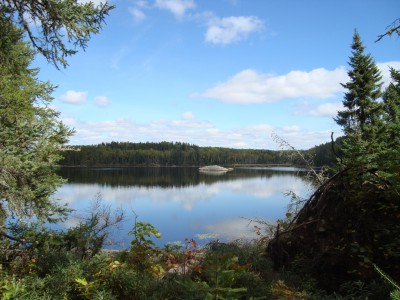 Are you someone who loves to travel? If so, you have probably visited at least one or two of our National Parks. And you probably have a list of additional parks you’d like to visit when times allows. The good news for those of us in the Great Lakes region is that we have many National Parks at our doorstep – or more appropriately, shoreline – than in many other parts of North America.

In the coming months we’ll be getting to know the varied parks on both sides of the border through a series of articles looking at their diverse natures and locations. From the Isle Royale and Voyageurs National Parks in the U.S., to the Georgian Bay Islands and Bruce Peninsula National Parks in Canada, we’ll see just how special these areas are and how they highlight some of the most unique features of the Great Lakes. Following are a couple of teasers to spark your interest in some of the articles ahead.

Do you know which parks can be found in the world’s largest freshwater archipelago? Or which park is at the southernmost point of the Canadian mainland? Do you know which Great Lakes park is the only U.S. national park to completely close during the winter? To get the answers to these questions and discover a host of fascinating facts about our Great Lakes national parks, look for the upcoming articles in this series.