The Storm that Sunk the Edmund Fitzgerald

Summary: This data set contains one worksheet of data, detailing the weather conditions before and after the sinking of the Edmund Fitzgerald on November 10, 1975. The data contains the time collected, location of the weather stations from which the conditions were reported (the abbreviations are from ships that reported in as weather stations), the wind speed and direction, the wave height, and the precipitation and visibility.

The S.S. Edmund Fitzgerald (sometimes called the Mighty Fitz or Big Fitz) was a Great Lakes bulk cargo vessel that was christened into service on June 8, 1958. It was 730 feet long, 75 feet wide, and 39 feet high. It was designed to carry taconite pellets (a type of iron ore) from mines near Duluth to iron works in Detroit and Toledo. It was the largest ore carrier on the Great Lakes when it entered service.

Its first voyage took place September 24, 1958. The Fitzgerald met its fate while traveling on Lake Superior during a storm on November 10, 1975. It suddenly sank around 17 miles from Whitefish Bay. Although the captain of the Fitzgerald reported having difficulties during the storm, no distress signals were sent. The entire crew of 29 people died when the vessel sank. No bodies were ever recovered from the wreckage. Later when the wreck was found, it was discovered that the ship had broken in two. It still sits on the bottom of Lake Superior at 530 feet deep. 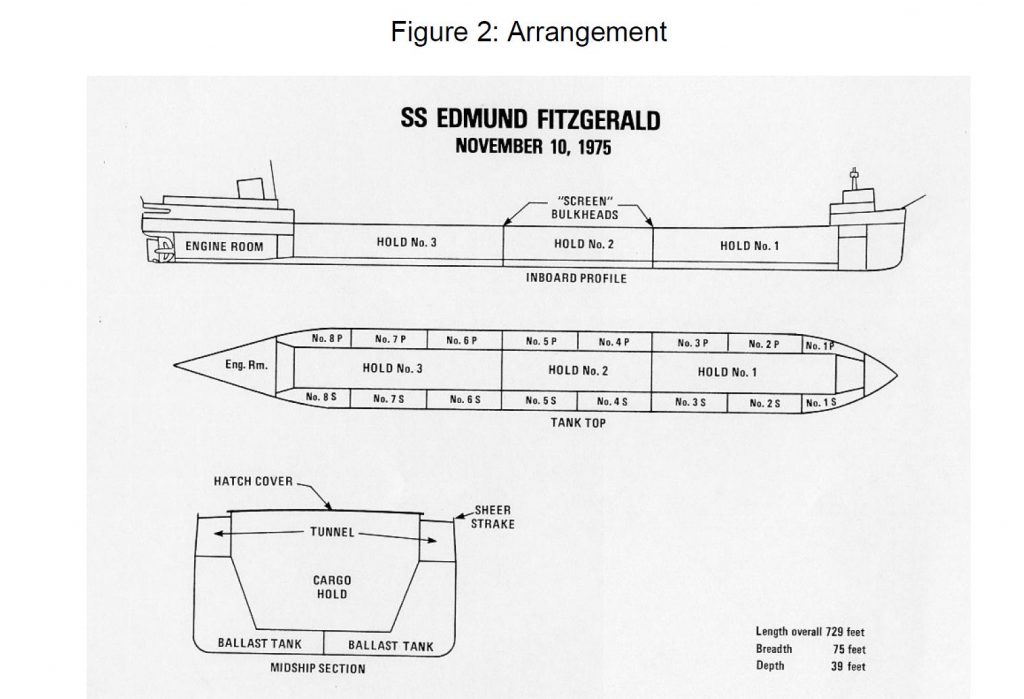 Conditions on the Great Lakes can be extremely treacherous and can produce high waves. Steep, short-period waves can be particularly hazardous to large ships such as the Fitzgerald, especially when they exceed 5 meters (16 feet) in height. The height of waves generated on the lakes is primarily a function of wind speed and the fetch, or distance, over which they are generated. Of secondary yet substantial importance is the degree of surface-layer stability present over the lake. Lake Superior is the largest of the Great Lakes in surface area and volume. It has the capacity to contain the water volume of the four other lakes plus three additional Lake Eries. Given its immense size, it is capable of sustaining waves in excess of 10 meters (33 feet), about the height of a four-story home.

During the early morning of November 9, 1975, a low-pressure system began to take shape in the southern plains. This storm would move northeast and intensify considerably over the next 36 hours as it moved into the Great Lakes region. During that time, the Edmund Fitzgerald and another vessel, the Arthur M. Anderson, departed ports on western Lake Superior to begin their voyages east to the Sault Ste. Marie locks and eventually the lower Great Lakes. Details of what took place during the storm on November 10, 1975, including the communication between the captains of the Anderson and Fitzgerald, can be found in a Marine Accident Report submitted by the National Transportation Safety Bureau Accident Investigation. The full report is available here.

The two ships, the Anderson and the Fitzgerald, departed Two Harbors, Minnesota with similar cargo. Soon after, a gale warning was issued for Lake Superior. Captain McSorley of the Fitzgerald acknowledged receiving the warning while in communication with Captain Cooper of the Anderson. The captains decided to take a more northerly track across Lake Superior because of the storm warning, a general practice during bad weather.

Late in the afternoon, 50-knot winds were blowing across Lake Superior. The Anderson reported receiving hurricane-force winds of 75 knots. At around 3:30 p.m., the captain of the Fitzgerald radioed out to the Anderson and another ship, stating the Fitzgerald had a “bad list,” had lost both radars, and was taking heavy seas over the deck in one of the worst seas he had ever encountered. Soon after, he asked the captain of the Anderson to assist him with radar plots until he could make it to Whitefish point. The last radio communication took place at 7:10 pm. Captain Cooper asked how the ship was weathering the storm and Captain McSorley reported, “We are holding our own.” It is believed that the Fitzgerald sank suddenly soon after without sending out any distress signals. 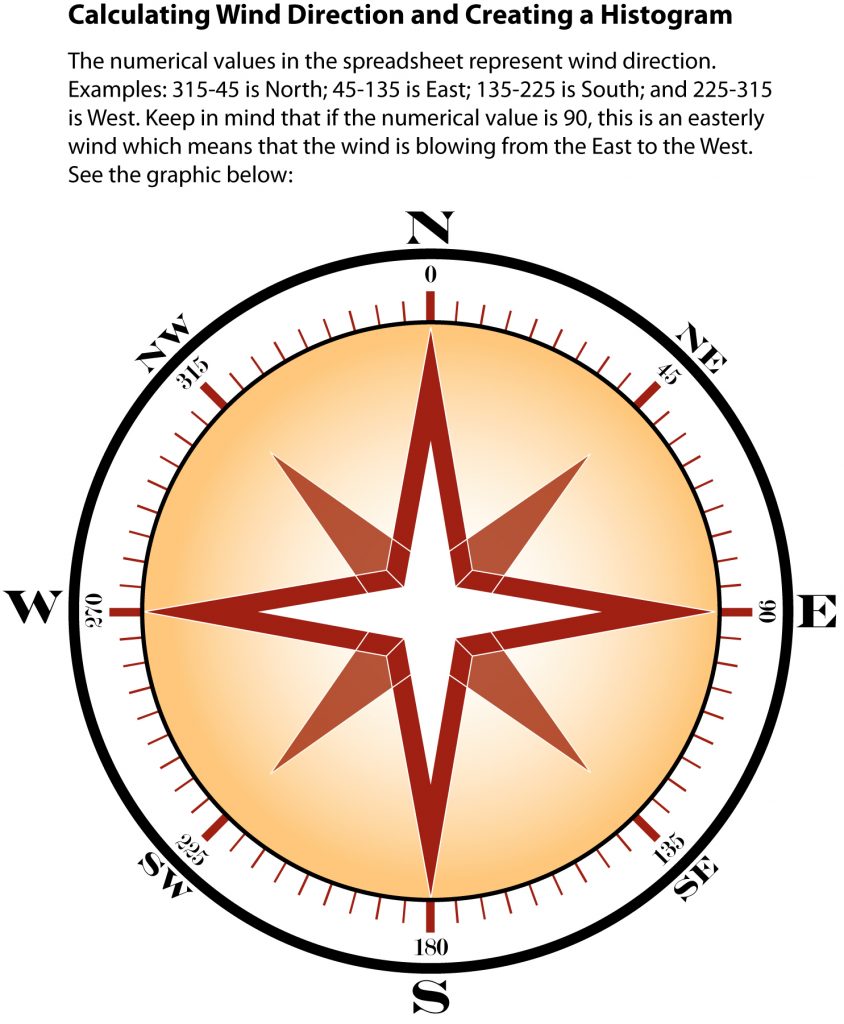 Calculations Provided:
The unit of wind speed in the data is in knots. 1 knot equals 1.15 miles per hour. To interpret the wind directions, refer to the compass rose for assistance.

Location Map: Location of the Fitzgerald at 4 time periods.

Purpose of Research:
Meteorologists must have a thorough understanding of the science of meteorology and atmospheric motions in order to accurately predict the weather. One area of meteorological study important to residents of the Great Lakes area is the interaction that takes place between the air, the land, and these huge bodies of water. Accurate forecasts of winds and waves on the lakes are critical to both the crews of the large freighters making their livings on the lakes and to the recreational boater or fisherman relaxing and enjoying time on the water.

Another area of important research is rapidly deepening low-pressure systems such as the one associated with the Fitzgerald storm. NOAA and NASA researchers extensively studied flow around low-pressure systems during the late 1970s and early 1980s, identifying different flow patterns not clearly understood. As a result of this research, forecasters gained a better understanding of the effects of jet stream winds on the development of deepening low pressure storms. This advanced knowledge allows today’s meteorologist to provide more accurate and detailed forecasts.

To learn more about the advancements in marine communications and forecasting, visit the National Weather Service website.

Research Methods: The information in this data set was taken from the transcripts of hearings following the sinking of the Fitzgerald.

Lesson Sources:
There are several lessons on the Fitzgerald in the ES—EAGLS Great Lakes Shipping Activity Book.