Each family of fishes in the Great Lakes region has physical traits that set it apart from others, called distinguishing characteristics. These characteristics help fish survive in their environment. By observing and comparing these features, students learn that fish, like other living organisms, can be organized and classified into meaningful groups for identification and further study. 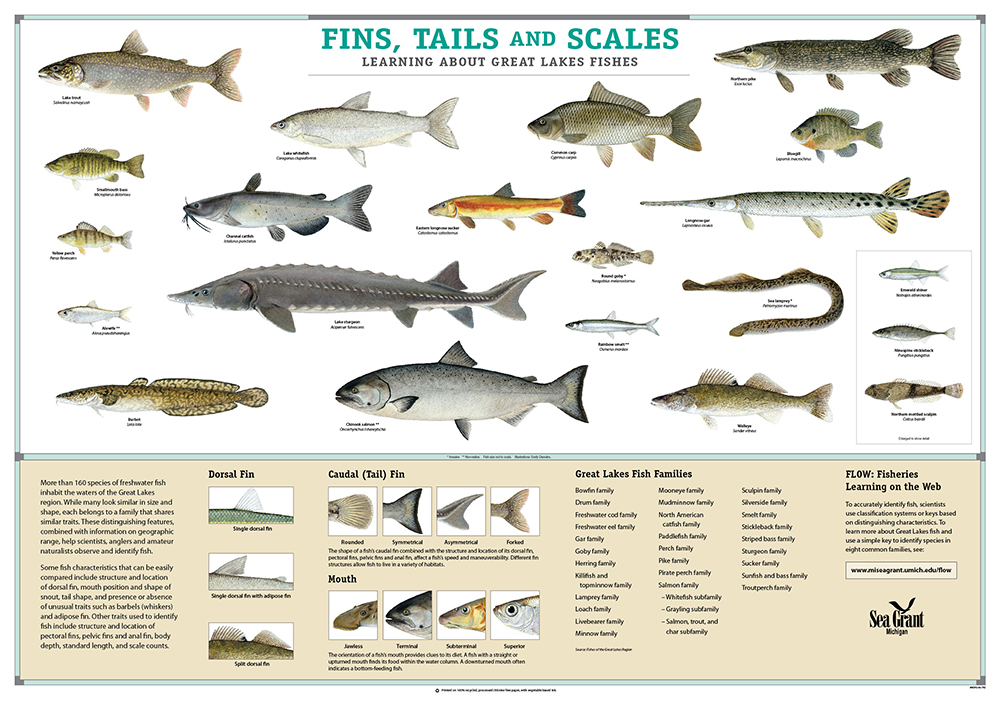 The Great Lakes region is home to an impressive variety of fish, numbering more than 160 separate species. It is helpful to understand: 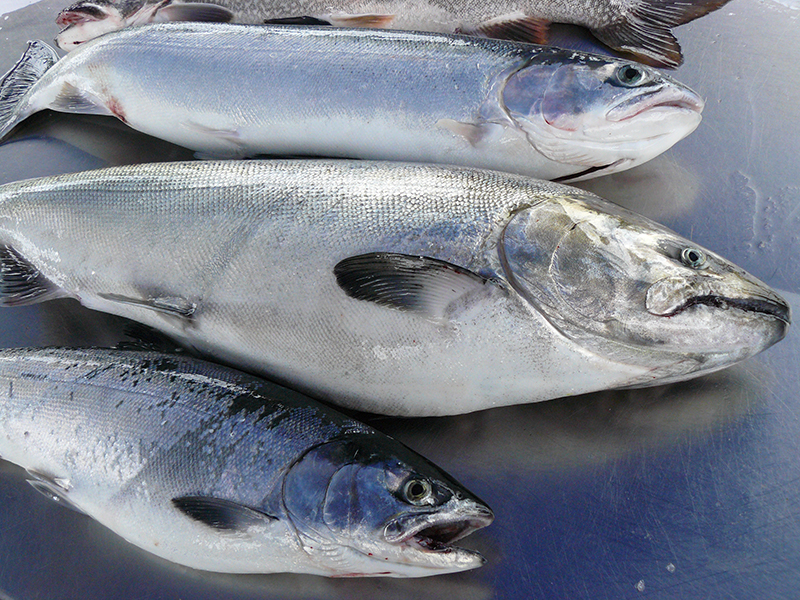 Many in the Great Lakes are familiar with fish in the sunfish and bass family, cold-water species in the salmon and trout family, or some of the 62 species that make up the minnow family.

Ancient fish such as lake sturgeon and longnose gar also inhabit waters of the Great Lakes region and possess unique attributes that have allowed them to survive for millions of years. With the exception of some primitive species, most fish have common characteristics that include gills, scales, fins and bony skeletons. Some characteristics that differentiate fish include the shape of their heads, where their mouths are located, fin type and location, and average adult size.

Color markings, such as vertical stripes or fin spots, may also help differentiate fish when used in combination with other factors including geographic range. Distinguishing characteristics can provide clues about where a species typically lives and what it eats.

For example, fish in the sturgeon and sucker families have downward-oriented mouths (sometimes called ventral) that enable them to find food along a lake or stream bottom. Other traits such as fin shape and location can provide clues about whether a fish is generally a fast swimmer or a slow swimmer.

To correctly identify fish and classify newly discovered species, fisheries scientists use a dichotomous key based on distinguishing characteristics. A dichotomous key is a classification tool used to sort, organize and identify a collection of objects or living organisms. The key is made up of a series of questions with two choices. Each choice leads to another question. The key can appear in narrative form (as numbered questions), graphically (resembling a flow chart), or a combination of graphics and narrative.

By making choices and progressing logically through the key, users follow a path that ends with the correct identification of the organism. Dichotomous keys vary in their degree of specificity. In this lesson, a simplified key has been created that distinguishes 10 Great Lakes fish families. By using their knowledge of distinguishing characteristics, students use illustrations of fish to work through the key and make identifications.