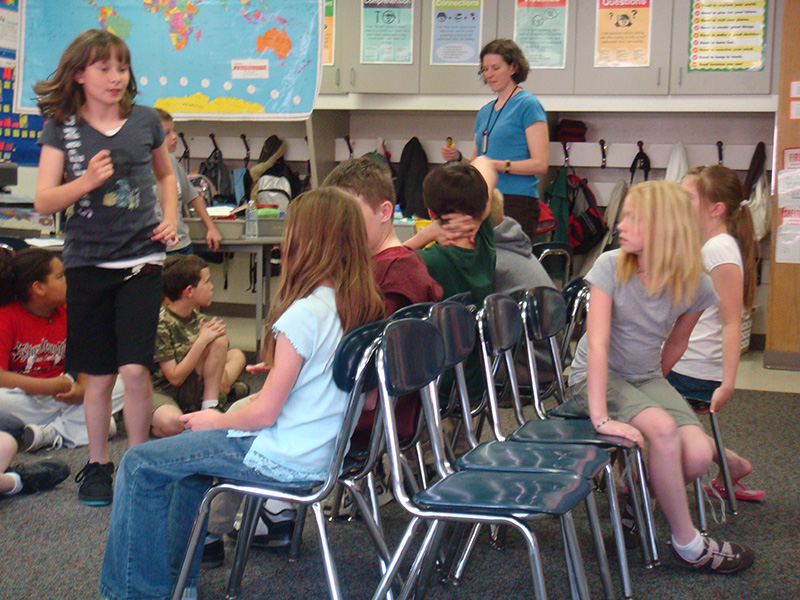 All animals have basic needs for food, water and habitat in order to survive. There are times, however, when some animals’ needs can’t be met. One reason may be due to competition for food and habitat caused by an invasive species. By learning about the aggressive invasive species Eurasian ruffe (pronounced rough), this lesson explores how a single species can cause other fish species to decline, and create dramatic changes in the Great Lakes food web in a relatively short time.

Eurasian ruffe, small members of the perch family, are aggressive fish native to Europe and Asia. They were first discovered in the St. Louis River, the main tributary to western Lake Superior, in 1986. They arrived in the ballast water of an ocean-going vessel. In the absence of natural predators, ruffe populations multiplied rapidly.

Today, ruffe make up an estimated 80 percent of the fish caught in the St. Louis River. Since their arrival, ruffe have spread to other rivers and bays along the south shore of western Lake Superior and northward to Thunder Bay, Ontario. Ruffe also thrive in the waters near Alpena, Michigan on northern Lake Huron. Rapid growth of ruffe populations has reduced food and habitat for native fish with similar diets and feeding habits, including walleye, perch and a number of small fish.