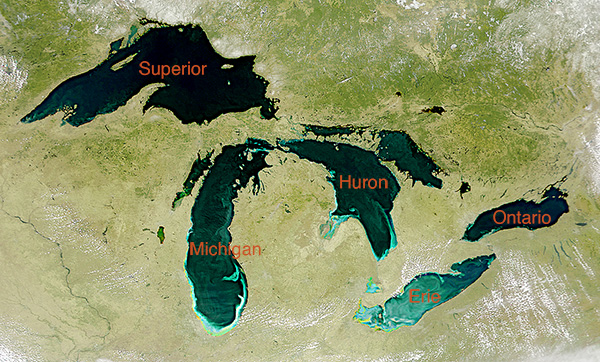 Even though the earth contains an abundance of water, only a small percentage is fresh water. An even smaller amount of this freshwater is accessible to the people and animals that need it. As the human population grows, the amount of freshwater available per person shrinks. The relatively small amount of available freshwater demonstrates how critical it is for everyone to help maintain clean, healthy lakes and streams.

How much water is available?

Because the water system is a “closed” system, the Earth’s supply of water remains the same. The planet has as much water as it will ever have. Yet world population continues to grow. The relatively small amount of available freshwater supports more than 7 billion people. As this number increases, the amount of fresh water available per person decreases. Thus maintaining the quality of the Earth’s available fresh water is vitally important.

Amount of water in each major reservoir on earth: