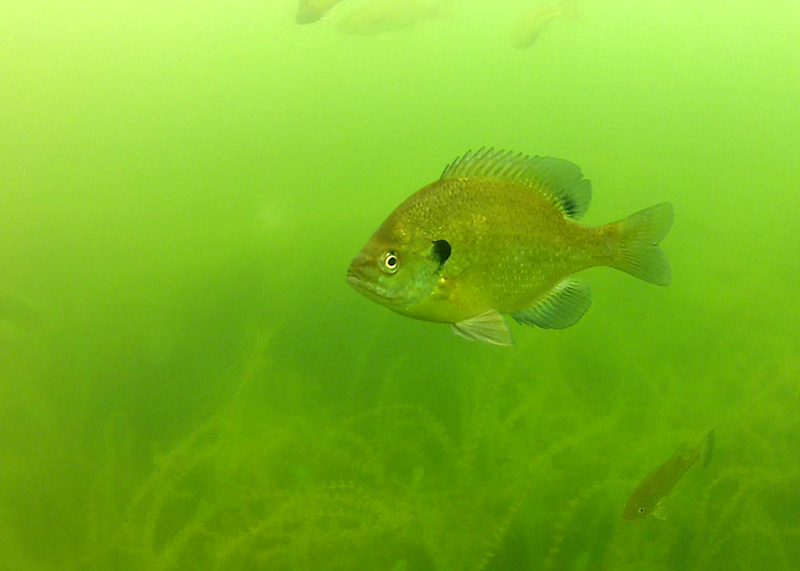 Oxygen is the key to life — most organisms cannot survive without it, even those under water. Seasonal weather patterns and the physical properties of water can affect temperature and dissolved oxygen levels throughout the water column. Why is this important? Because the seasonal weather patterns and cycles are directly related to how much life an aquatic environment can support.

For example, during the summer, bottom water (hypolimnion) can be cut off from new supplies of dissolved oxygen from the air until fall. Therefore, the size of the hypolimnion affects the ecology of a lake. By examining and graphing water temperatures and the amount of dissolved oxygen in a water column, students will be able to make a connection between the life a lake can support to the amount of oxygen found in stratified layers of water.

Stratification in lakes prevents surface and bottom waters from mixing. (See: Layer upon Layer Lesson for more background on stratification.) During the summer, Great Lakes’ bottom water (hypolimnion) is typically blocked from new supplies of dissolved oxygen from the air until fall. Adequate concentrations of dissolved oxygen are necessary for the life of fish and other aquatic organisms. The size of the hypolimnion affects the ecology of a lake. 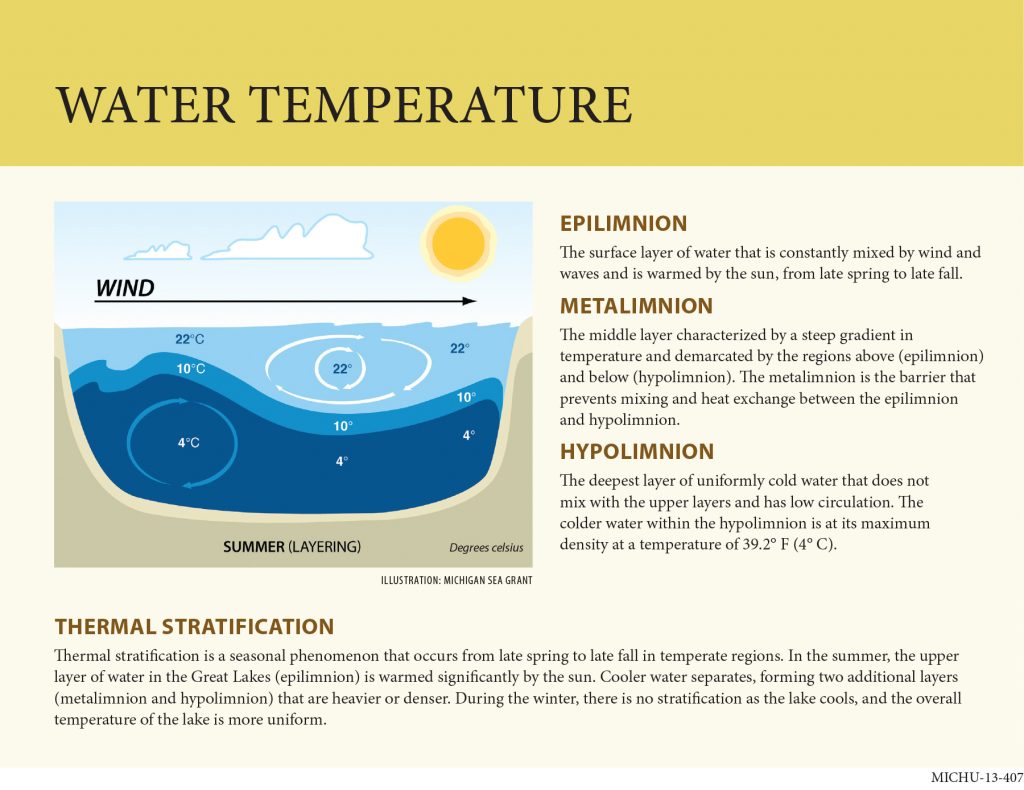 Lakes have different levels of productivity. Productivity refers to the amount of nutrients available in a lake and the growth that they support. Defining trophic (nutrient or growth) status is a means of classifying lakes in terms of their productivity.

Too Much of a Good Thing

Really productive, eutrophic lakes may develop areas that are called dead zones in the summer. Dead zones do not have enough dissolved oxygen to support fish and zooplankton. Dead zones are also called hypoxic or anoxic areas. Organic matter like excess algae from either internal inputs (they come from the aquatic environment itself) or external inputs (stemming from an external force like human-related runoff) contributes to dead zones. The increase can accelerate the depletion of dissolved oxygen in the hypolimnion in the summer. Organisms living and breathing in the hypolimnion and the decomposition of algae and other organisms can also speed up the loss of oxygen in the hypolimnion. Thus, the area is referred to as a dead zone because it no longer can support life. 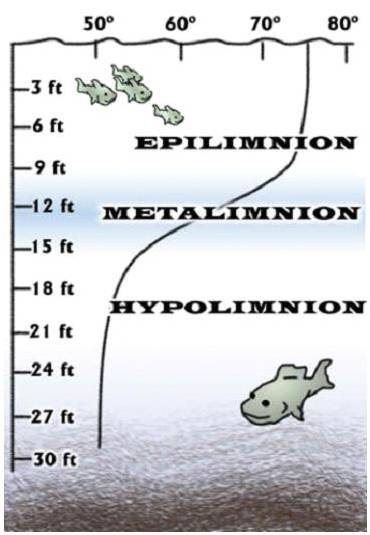 Fish: Lakes that become stratified in the summer may have a two-story fishery: warm- and cool-water fish living in the epilimnion and cool/cold-water fish in the cold, oxygen-rich hypolimnion.

Zooplankton: Zooplankton tolerate hypoxic conditions better than fish. Zooplankton can live in waters with dissolved oxygen concentrations as low as 0.1-0.2 mg/l, but not much less.