Hitchhikers: No Ballast on Board (NOBOB)

Many ships enter the Great Lakes from the St. Lawrence Seaway that connects the Great Lakes to the Atlantic Ocean. Scientists collected data from ships to determine the threat that water and sediment in the ballast area of ocean-going ships poses to the Great Lakes. These ships coming from around the globe may contain aquatic non-native (invasive) plants and animal species.

Hitchhikers: No Ballast On Board

This data, collected from 2000-2002 shows percentage of salinity, the number of plants and animals found in sediment and water of the ballast tanks of 42 vessels that entered the St. Lawrence Seaway and Great Lakes from the following areas: Great Lakes, North Sea, Baltic, Mediterranean and Black Sea, Northwest Pacific, West-Central Atlantic Ocean. Data calculations:

Left: A ballast tank is a compartment within a ship that holds water.

Right: Scientists enter the ballast hatch to take samples of the water and sediment in the ballast tank. 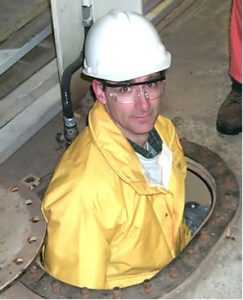 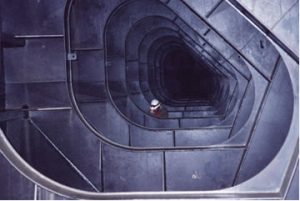 Figure 1, Ballast Tank Diagram (left).  Figures 2a, 2b, scientist in ballast hatch and ballast tank with scientist inside

How water is loaded and discharged from the ballast.