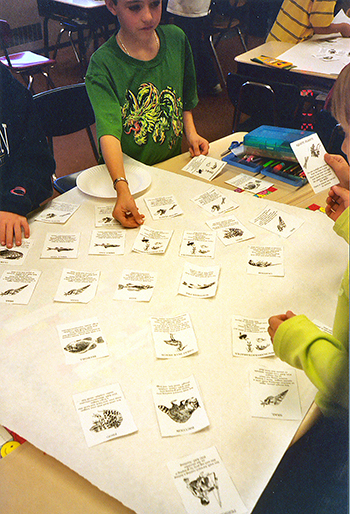 Summary: Students use body movement and pantomime to simulate the feeding motions of freshwater organisms and demonstrate the interconnectedness of a food web.