Summary: Students determine the needs of lake sturgeon and, based on those needs, design spawning habitat to help support the recovery effort.

As a whole class, read Part 1 downloads, articles and information. 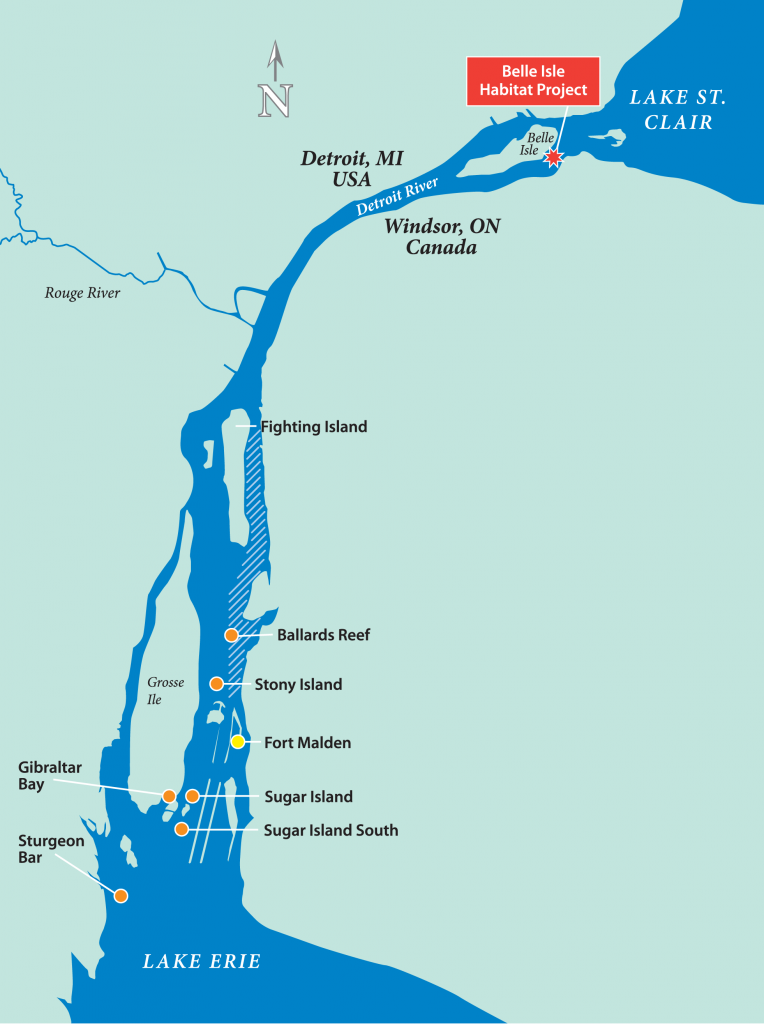 Lake sturgeon populations have declined in the Huron-Erie corridor. Researchers believe the decline is due to habitat loss and constructing new spawning habitat will help sturgeon populations recover. In June 2004, three spawning beds were constructed by a group of government agencies, led by Michigan Sea Grant.

A permit is required before beginning any construction activity that might affect wetlands, alter surface water flows, or contribute to water pollution. The spawning bed construction project required permits from the State of Michigan and U.S. Army Corps of Engineers. Permits were necessary before Michigan Sea Grant could start working with construction companies. The engineering company prepared the construction blueprints and obtained permits through:

Funding – Where did the money come from?

Contracting with a Construction Company 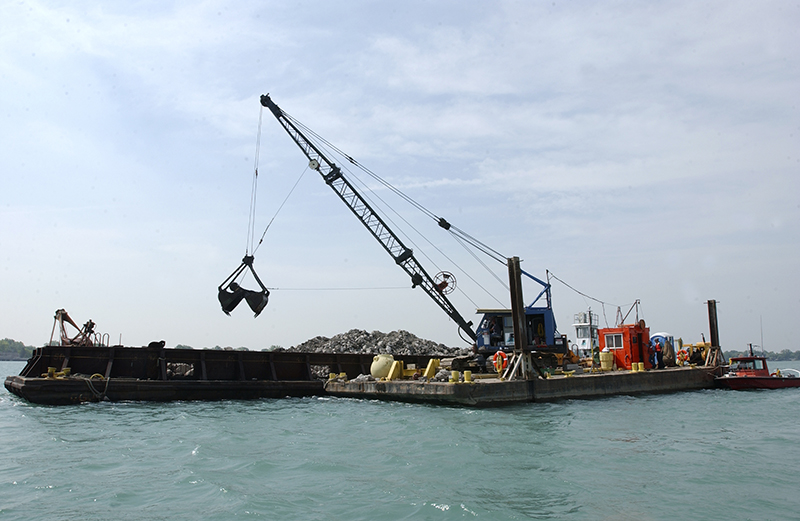 Construction occurred June 8 – 18, 2004. During construction, a global positioning system (GPS) unit was used on a crane, along with a survey of the river bottom to monitor placement of materials (7-9 meters deep) in the Detroit River. The engineering company visited the construction site to monitor progress

Use of the area prior to construction:

Use of the area after construction: 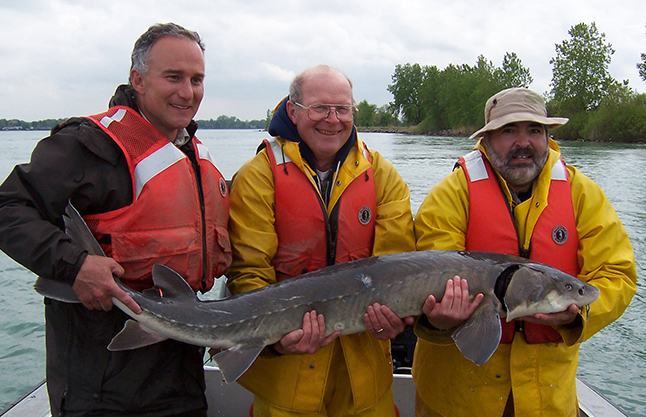 USGS findings strongly suggest that constructed spawning beds attracted numerous species of adult fish. The restoration and construction of more fish spawning and nursery grounds in the Detroit River and the St. Clair River has become a restoration priority.

As a group, prepare a proposal to construct a new spawning bed based on what you know from the information above.

Develop a proposal with the following parts: